EastEnders announces that it doesn’t condone the killing of dogs 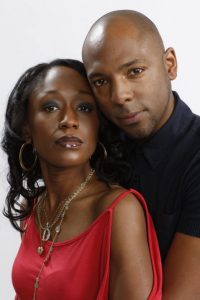 Following a spate of complaints from concerned dog lovers, the BBC was forced to issue a statement on behalf of its flagship program, EastEnders, announcing that it doesn’t condone the killing of dogs.

The furore exploded after EastEnders character Lucas Johnson, played by Don Gilet, made a remark that he may have killed the dog belonging to his son after it was sniffing around the burial site of his previous victim, Owen Turner. The remark clearly offended some dog loving viewers as it prompted over 100 complaints. The BBC then issued the following statement:

Following the storyline, actor Don Gilet (who also doesn’t condone the killing of dogs) has claimed he’s scared to go shopping in case fans of the soap mistake him for his character. The actor commented in a recent interview with What’s On TV:

No-one’s attacked me yet, but I haven’t been to Tescos since that episode so we’ll soon find out. If I go to the hot meat aisle in the delicatessens, where I have to wait, and there’s no trouble, then I should be okay!

There is always a small pocket of viewers of any TV show who fail to distinguish between fiction and reality, and hopefully Don won’t fall foul of any misunderstandings when he’s next doing his weekly shop.