Devoted and affectionate, with a dignity that is impossible to overlook, the Lhasa Apso is renowned as a lovable character with an undeniable charm. Spirited and eager to please, but with a notable stubborn streak, the Lhasa Apso should not be mistaken for a lapdog – it is a proud, independent breed that loves its family. Although they are often prone to barking, this is generally a sign of caution, rather than aggression, and Lhasa Apsos typically prefer to keep aloof from strange people or situations until they receive the reassurance of their family. In short, introducing a Lhasa Apso into your home will guarantee you a committed furry friend for life.

Colour of a Lhasa Apso

The Lhasa Apso can vary widely in colour, with variations including black, white, tan, brindle, brown, cream, gold, grey, honey, red and sandy, or combinations of the same.

Lhasa Apsos have long, straight outercoats with a dense undercoat that is used to protect them from the weather in their native country, which could sometimes be quite harsh. They are quite high maintenance on the grooming front, requiring daily brushing to ensure their coat remains untangled and smooth. Lhasa Apsos benefit from professional grooming visits every couple of months, which can become quite expensive over time. Some owners prefer to keep their Lhasa Apso’s coat trimmed short to make grooming easier. 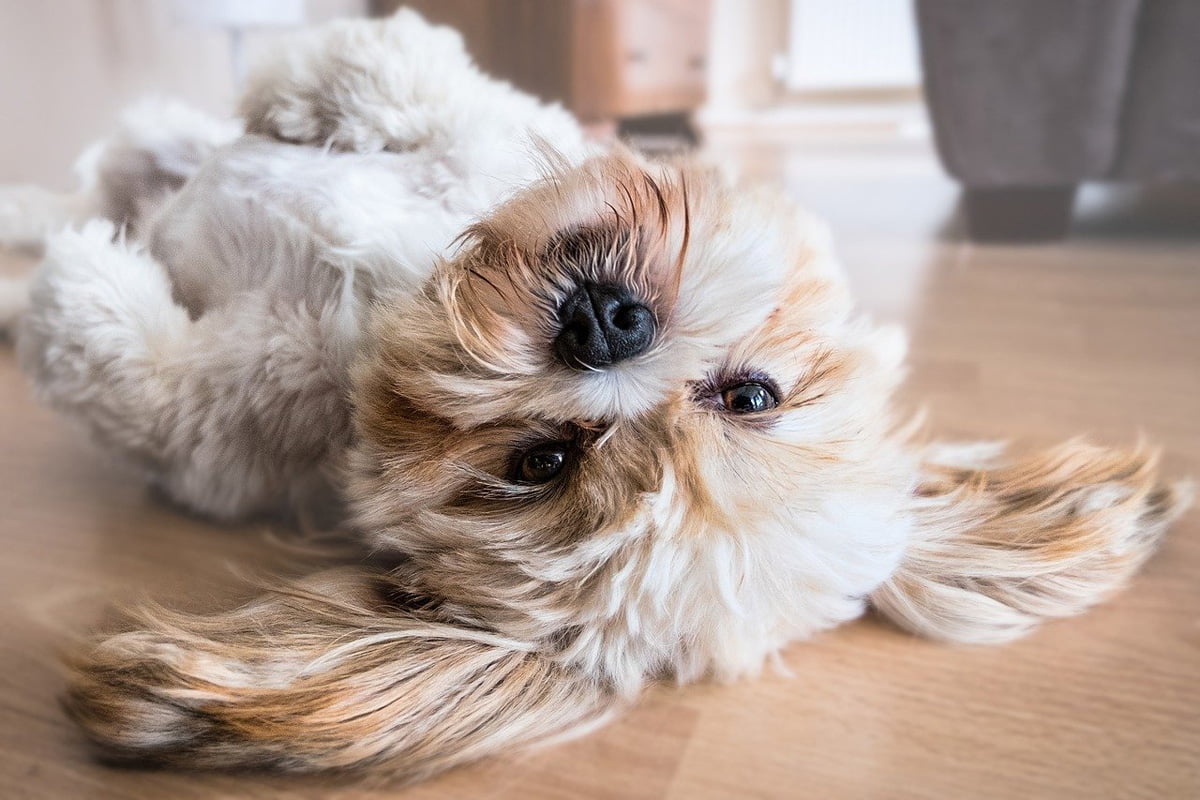 Although generally considered to be a relatively healthy breed, Lhasa Apsos do tend to be prone to a number of health conditions. These include hip dysplasia, which is a joint problem that can result in arthritis and lameness over time, kidney failure, an eye condition called progressive retinal atrophy, a heart defect known as patent ductus arteriosus, and hydrocephalus, which can prove fatal if not treated. Lhasa Apsos are also susceptible to reverse sneezing, which, whilst not life-threatening, can be distressing for the dog during bouts. Always enquire about the parental health of a Lhasa Apso puppy before purchasing.

Temperament of the Lhasa Apso

Loyal and loving, mischievous and playful, it is easy to understand why the little Lhasa Apso has captured the hearts of so many dog lovers around the world. Its sweet temperament and sensitive nature contrast with its independence and the occasional flare of obstinacy to make the Lhasa Apso an extremely endearing companion and faithful family pet. Whilst it enjoys being centre of attention, the Lhasa Apso does not require constant supervision, and is versatile enough to fit easily into many different lifestyles, making it an ideal addition to many people’s lives.

Lhasa Apsos, whilst relatively intelligent dogs, are not one of the easiest breeds to train, mainly owing to their wilful natures. Whilst they do require firm handling, they are also quite sensitive and will not respond well to raised voices or harsh corrections. Patience and consistency are definite musts when training your Lhasa Apso, and positive reinforcement is far more effective than negative reactions. Training should begin from an early age, as should extensive socialisation to enable your Lhasa Apso to become familiar with different people and surroundings. Whilst the Lhasa Apso may appear cute and innocent, don’t let this lull you into letting it take liberties – given the chance, the Lhasa Apso will quickly become dominant and begin exhibiting symptoms of “small dog syndrome”, which should not be permitted.

Exercise for a Lhasa Apso

While they do not have high energy levels, Lhasa Apsos do have a considerable amount of stamina. As such, they will require one or two walks each day to keep them happy and healthy. This being the case, the Lhasa Apso would be an equally suitable companion for those who live less active lifestyles and for those who go hiking every weekend – in this way, the Lhasa Apso is extremely adaptable. 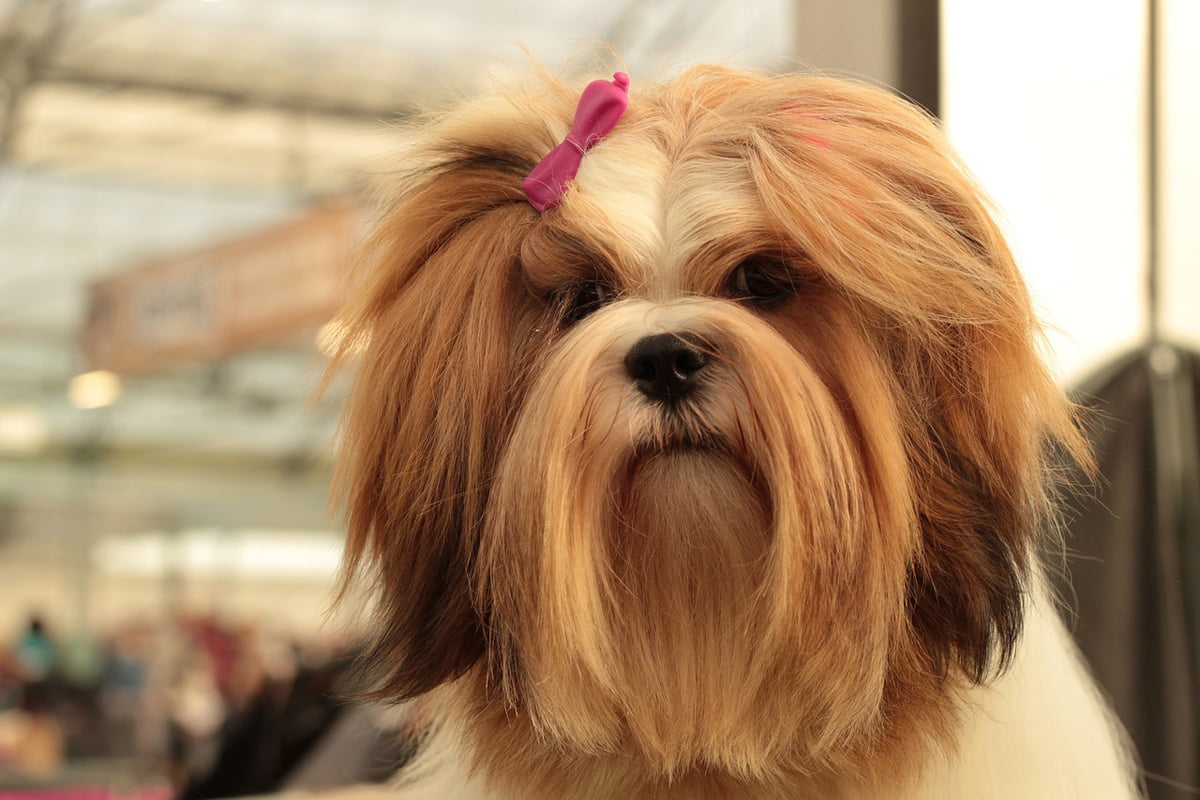 History of the Lhasa Apso

Originating in the mountains of Tibet, the Lhasa Apso is thought to be one of the most ancient breeds of dog still enduring today, having been around for the past two thousand years. Historically, Lhasa Apsos were greatly revered, with many believing that they were the reincarnations of holy Lamas following their deaths. During those times, it was illegal to sell a Lhasa Apso, but they were sometimes given as gifts. The recipients of the gifted dogs were thought to be blessed, as the Lhasa Apso was said to bring immense good fortune to its owner.

Originally, Lhasa Apsos were kept by nobility and Tibetan monks, both as beloved pets and to help guard the households and monasteries in which they dwelt. Faithful and vocal, the little Lhasa Apso proved itself to be a highly effective watchdog, which enhanced its value further still in the eyes of its owner. Often, Lhasa Apsos would guard alongside Tibetan Mastiffs, with the former serving to alert their owners of strangers in the vicinity, whilst the latter would act as the more aggressive, fierce deterrent, often stationed outside the property in question. The Tibetan name for the Lhasa Apso was “Abso Seng Kye”, which translates to “Bark Lion Sentinel Dog”, reflecting both its territorial instincts and its similarity to a miniature lion in appearance.

For many hundreds of years, the Lhasa Apso remained indigenous to Tibet. Only the Dalai Lama was permitted to gift a Lhasa Apso to someone outside of Tibet, and in this way, the first Lhasa Apsos were introduced to the UK in the 1920s and to the US in the 1930s. Shortly after their introduction, they were officially recognised by both the UK Kennel Club and American Kennel Club. Over the years, the popularity of the Lhasa Apso as a dedicated and sturdy companion grew, and today they are firmly established as favourites by dog lovers across the globe. 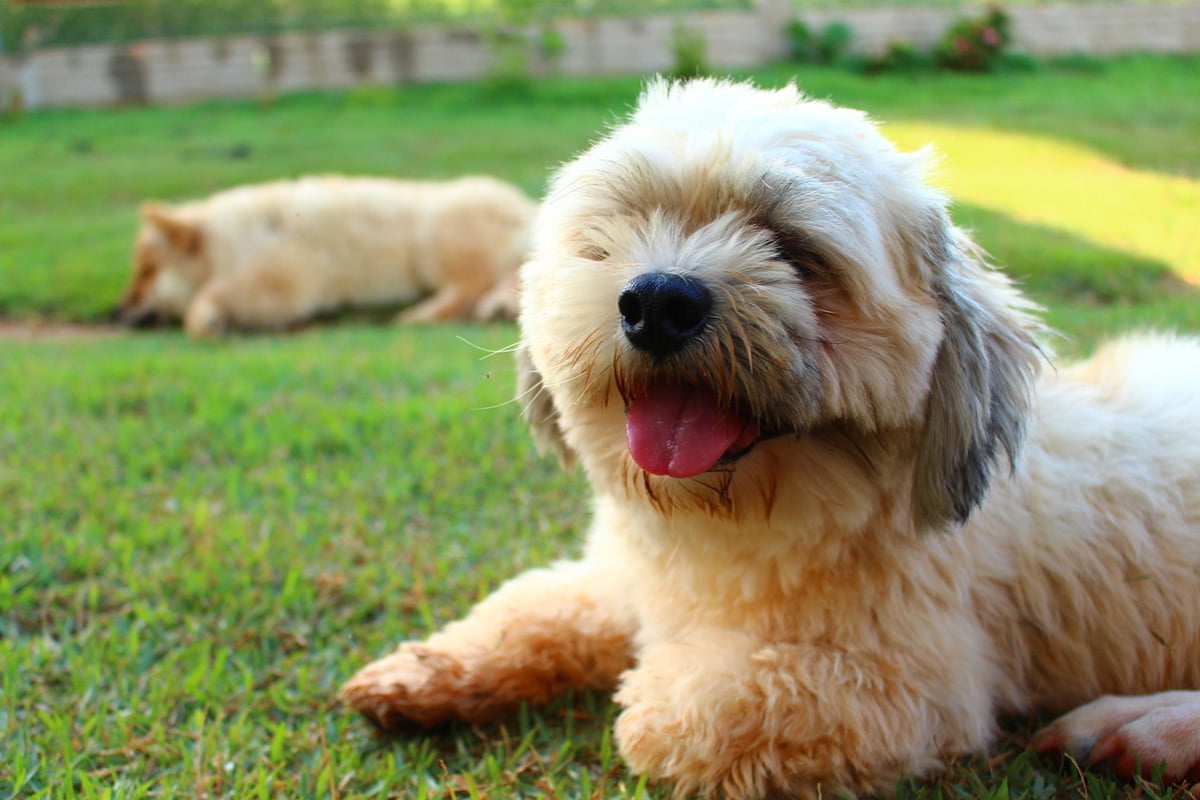