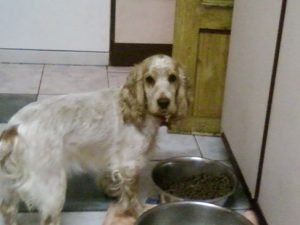 A former KC Accredited Breeder has been dropped from the scheme after a DNA analysis apparently proved that her Cocker Spaniel had given birth to four litters of puppies without having even a single season’s break between litters, according to the Kennel Club.

Following criticism of the Kennel Club for not being sufficiently vigilant and strict with dog breeders, it has become clear that even the terms of their Accredited Breeder Scheme (ABS) are insufficient to monitor breeders.

The breeder in question, Miss Marrison of Tapsanav Cockers was not only a member of the Kennel Club’s Accredited Breeder Scheme but also registered as a breeder with her local council, Eastleigh Borough Council.

This reported over-breeding only became apparent once the owner of one of the puppies was given information proving that the bitch listed as the mother on the Kennel Club paperwork was incorrect.  The DNA analysis showed the Kennel Club that the registered parent, Jafare Rhea Amoung Tapsanav (Luna) was in fact not the mother and that the correct mother is Kenmilquin Whitney of Tapsanav. 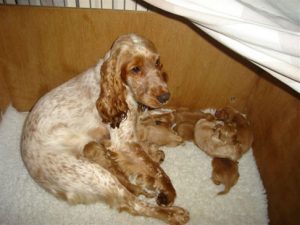 This case was proven as the stud dog, the mother bitch listed on the paperwork and the actual mother had all been DNA profiled.  The terms of the Accredited Breeder Scheme does not force breeders to DNA all dogs involved as they could simply tattoo or microchip a dog instead, and without a DNA profile parentage cannot be proven.

You may wonder why this is a problem, but for those who purchased a puppy from the litter listed with the wrong parentage it could lead to in-breeding.  One owner for instance could innocently mate their puppy with its own granddad without even being aware of the relationship.

This action from the Kennel Club does not stop Miss Marrison from breeding or registering puppies with the KC.  However, if she wants to breed a dog and register the litter with the Kennel Club now, the KC requires she must get the stud dog and bitch DNA profiled plus each of the puppies.  A DNA profile costs £25 per dog and £25 to prove parentage.

Many people are demanding that DNA profiling becomes mandatory for anyone involved in the Accredited Breeder Scheme.  The Kennel Club could then conduct random checks and puppy farms would be pushed out of the scheme but the Kennel Club has not yet stated its intention for the future of the scheme.  Mandatory profiling would also no doubt increase the price of pedigree puppies.

Dog breeding and puppy registrations are a complicated business.  Should DNA profiling be mandatory?  Without it, is Kennel Club paperwork worth anything when the system can be so easily beaten?